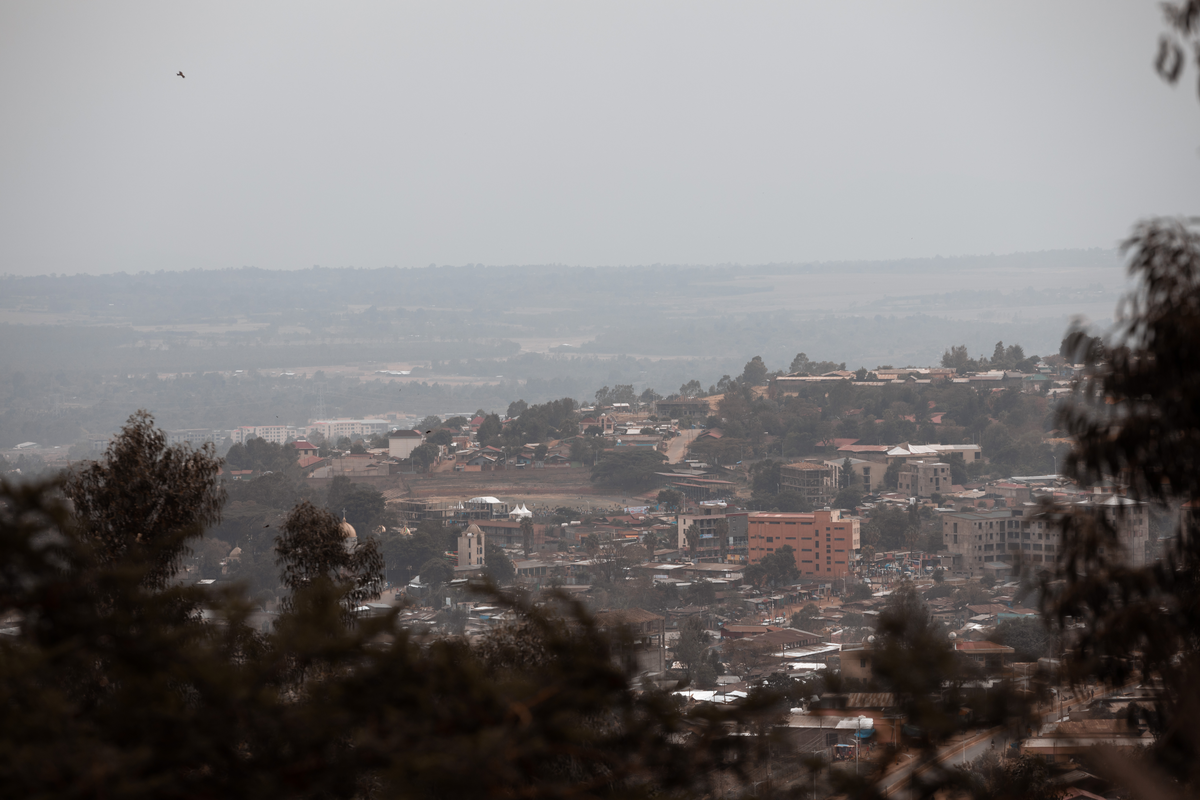 On March 14th our team was off to travel across the ocean all the way to Sodo, Ethiopia. After two and a half days of traveling we finally arrived at our hotel in Sodo on Tuesday night, the 16th of March. Sodo is a sweet, busy, and beautiful region in south central Ethiopia. The people of Ethiopia are friendly, kind, and have a deep hunger for God. Our mission was to enter the territory of Ethiopia, to come against any spiritual evil that possesses the land, to serve and minister to the people, and to bring them the hope and truth of God. During the five days we stayed there, we visited orphanages, hospitals, prisons, and we evangelized in their villages. The last three days we held a massive crusade for the people.

During our stay in the region of Sodo we had an amazing opportunity to minister to people in several places and one of them was the orphanage. We spoke life over those children and blessed them with prayer and new clothes. The children that grew up or have been living in the orphanage have had the label orphan over them for a long time, but we believe that Jesus paid it all on the cross in order to call us sons and daughters. That is why He sent us to reveal the heart of the Father towards them. The moments spent with each one of those precious children were moments spent with the Father, because His heart is for the orphans. Every life giving word spoken over them, every hug, and every tear impacted the children deeply. The most beautiful act to witness is Jesus himself pouring out His love on the hearts of orphans and revealing their true identity to them. As His vessels, we make ourselves available for Him to do exactly this through us.

Another place we visited was the hospital. The moment we entered the building we felt the heaviness and sickness in the atmosphere. We as a team began to come against that atmosphere and pray for the sick and the broken hearted. The Spirit of God touched many people there that day, including several women who either had just given birth, were in labor, or were contemplating abortion. God led each member of the team to minister to specific people where we stood with them in prayer for their individual needs and we prayed for healing in their bodies and souls. Many of the women were afraid that they were unable to support their families, and some were lost and broken inside. As we stepped into those dark places we brought hope to those women in need of truth, in need of the Father's love, and healing. As we walked through that hospital and went from room to room praying and loving the people, the atmosphere began to shift, and we could see the joy in people's eyes. One lady in particular testified that, after we had prayed for her hurting hand and leg, the pain left her body and she felt peace.

The next place we visited was the prison. At the prisons the girls went to the women's prison and the guys were assigned to the men’s prisons. Our team welcomed the people living in the prisons with a worship song, then right after, one of our team members shared her testimony about God setting her free from unforgiveness. Following the testimony we led the people into a prayer where we had the chance to individually minister to the women. During those prayers we spoke God’s truth over them and we got to experience His love for them through us. We honored the women and what they have been through in life. It was an honor and privilege to bring them the message of Jesus and to pray for them. They were eager to hear from God and with open hearts they received His message.

On Friday our team journeyed to a hidden village that was known to be very poor. We were separated into about five different groups where we had one villager who spoke English leading us to different homes. One of the groups came to a home where two boys were eating sugar canes, a favorite snack in the area. As we interacted with the family a girl came out crawling on her hands. Her name was Macrambe and she was deaf and mute. We prayed for her and began to speak life over her. After we prayed someone from our team turned on the song “Way maker” and as the song played we began to wipe her hands and her feet. We put new clothes on her, and gave her some candy and water to drink. Later one of the members from our team, Lilliya, shared a revelation she had received from God. She was reading the bible and a verse stuck out to her, Mathew 5:19, “The King will reply, ‘Truly I tell you, whatever you did for one of the least of these brothers and sisters of mine, you did for me.” She asked me, “Do you know how we always ask to see Jesus?” She went on to say, “Well I had this understanding that as we were serving that girl and while we were wiping her hands and her feet, we were doing that to Jesus.” When we were looking into her eyes, we were looking into the eyes of Jesus.

Later that day on Friday evening we held the first night of the crusade! It was amazing to see so many people come expectantly and get filled with God's presence! We got to experience traditional Ethiopian worship and we were dancing and praising the King. We had the opportunity to pray for people at the crusade, where we experienced God move through us in His power and glory. Many people were set free from demonic strongholds and many healings took place, and the spirit of God broke out upon all people. One woman testified on stage about the miracle she experienced that night. Her Father was blind for 5 years and she told God that if He heals him then she will follow Jesus. God did just that! He healed her Father and she gave her life to God. In the word of God it says “Ask, and it will be given to you; seek, and you will find; knock, and it will be opened to you.” Matthew 7:7. God's love for us is unconditional and He is willing to do and give anything for anyone that asks or searches no matter where you are.

The miracles and the goodness of God that we witnessed in Africa is not just limited to the nation of Ethiopia but the spirit of God moves through all nations. As the team served in Sodo Ethiopia we truly got to see and experience Jesus. The reality of God’s word and His power was released through us all. To everyone that supported us in giving or in prayers, we want to give you all a big thank you! You all have made a difference through your generosity and support. As you partnered with us in giving, you became co laborers with us in Ethiopia and will reap the harvest together. All glory to Jesus!

No items found.
All posts