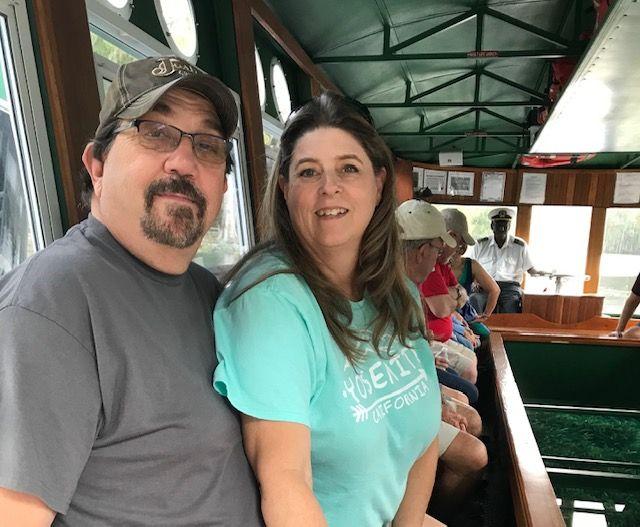 In March of this year, as the country was shutting down due to the pandemic, God impressed on Flame of Fire pastor Andrey’s heart to hold a local weeklong revival event in the month of September. Flame of Fire had been serving internationally for quite some time, spreading the gospel across over 40 countries, and now God was calling us to place more emphasis on our local community. Months of planning ensued, and as the time for the Awakening Nights event neared, on a Saturday morning a group of 60 went out into the Lincoln Village streets to invite the local residents. This is where two stories merged, both led by the Spirit...

Several months prior, a few streets away from the FFM office, Bart and Tamara took initial steps to sell their home of nearly 18 years. However, they felt God clearly say ‘wait’, it’s not time.  And so they waited.  Around noon on September 19, there was a knock and at the door were two young men.  Thinking they were there to preach some other religion, the couple politely turned them away.  But as they were leaving, one of them gave the book “Predestined” to Bart. When they opened the book, it was very clear that this was a Christian book, with Jesus proclaimed throughout. So they began to read the book together.

Long story short, this couple attended Awakening Nights event and every night, they would leave excitedly discussing revelations they had received.  For several of the nights, the air quality wasn’t very good due to smoke so they decided to watch livestream from home.  As they joined in worship in their home a few blocks away, God’s presence was powerful in their living room as well!  Bart and Tamara were no strangers to the power of God; in 2011, Bart was supernaturally healed of a degenerative disease he was struggling with for 5 years!  But daily life can take its toll... Now, they could sense God doing his work in them again, “awakening dry bones and breathing fire back into their spirits”.  As they are finishing reading the “Predestined” book, they are expectant of where God will lead them. God has a plan and He is always on time!